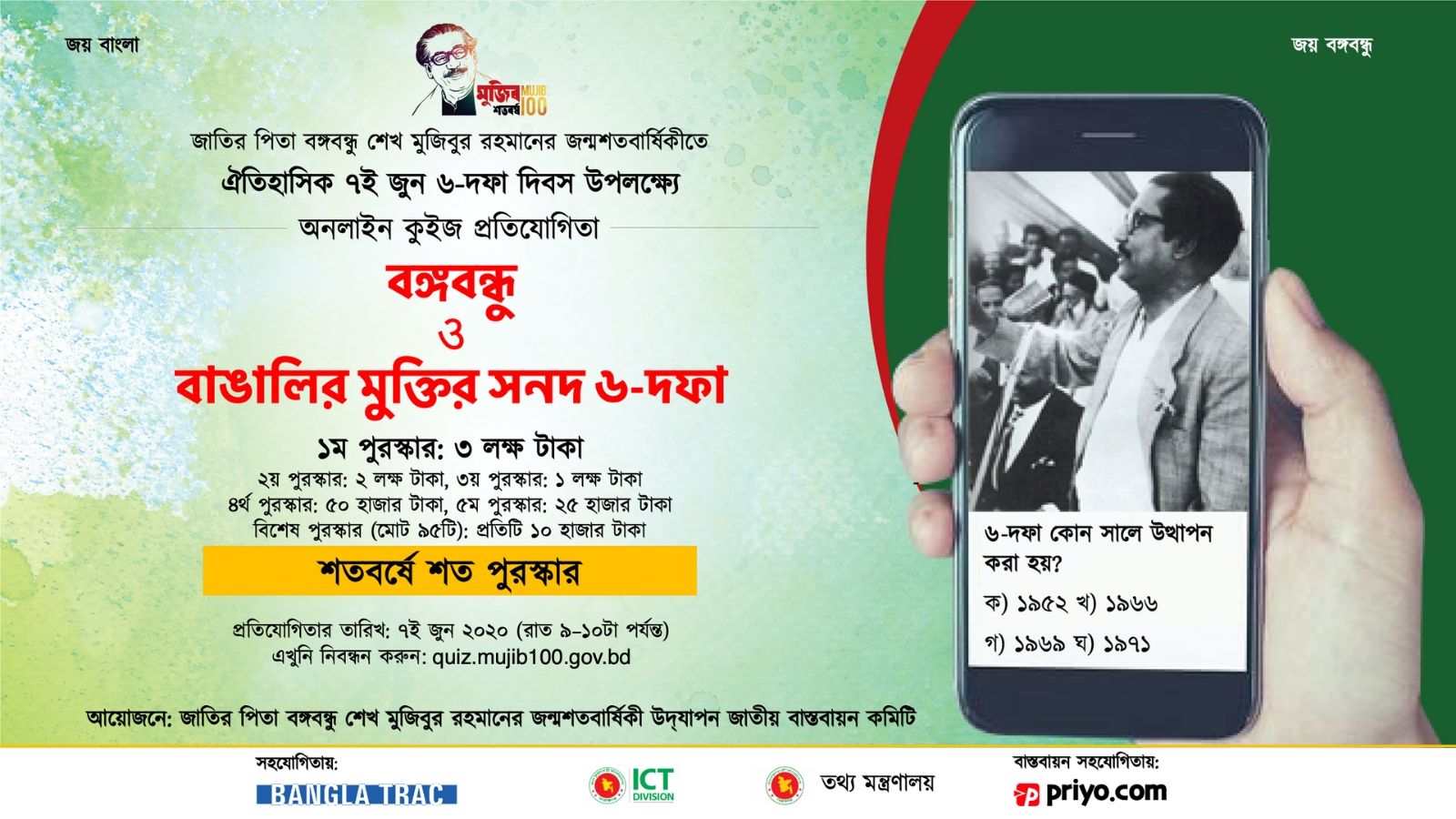 The Six Point Movement presented by the Father of the Nation Bangabandhu Sheikh Mujibur Rahman on 7th June planted the very seeds of independence in the hearts of the Bengalis. As part of the Father of the Nation Bangabandhu Sheikh Mujibur Rahman's 100th Birth Anniversary, a special quiz competition on the historic Six Point Movement is going to be held. To enhance your knowledge and realizations about the history making Six Point Movement and Bangabandhu, make your voice heard by participating in the quiz competition. And stand a chance to win over a lakh taka in prizes. The quiz will take place from 9PM to 10PM tomorrow